This post is an attempt to explain the Perennial Tradition through quantum entanglement. Your best introduction to perennialism is Aldous Huxley’s The Perennial Philosophy or Plato’s Republic.

However, the following is a reasonable description:

At the core of the Perennial Philosophy we find four fundamental doctrines.

First: the phenomenal world of matter and of individualized consciousness–the world of things and animals and men and even gods–is the manifestation of a Divine Ground within which all partial realities have their being, and apart from which they would be non-existent.

Second: human beings are capable not merely of knowing about the Divine Ground by inference; they can also realize its existence by a direct intuition, superior to discursive reasoning. This immediate knowledge unites the knower with that which is known.

Third: man possesses a double nature, a phenomenal ego and an eternal Self, which is the inner man, the spirit, the spark of divinity within the soul. It is possible for a man, if he so desires, to identify himself with the spirit and therefore with the Divine Ground, which is of the same or like nature with the spirit.

Fourth: man’s life on earth has only one end and purpose: to identify himself with his eternal Self and so to come to unitive knowledge of the Divine Ground.

In Hinduism the first of these four doctrines is stated in the most categorical terms. The Divine Ground is Brahman, whose creative, sustaining and transforming aspects are manifested the Hindu trinity. A hierarchy of manifestations connects inanimate matter with man, gods, High Gods, and the undifferentiated Godhead beyond. – Aldous Huxley, Introduction to the Bhagavad-Gita (Translation of Bhagavad-Gita by Swami Prabhavananda and Christopher Isherwood.)

And this may serve as a historical description of note: 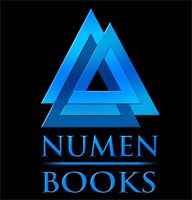 The idea of the Primordial Tradition evolved out of the concept known as philosophia perennis, or perennial philosophy, which in itself is a development from the prisca theologia of the Middle Ages. Both the idea of the Primordial Tradition and the philosophia perennis attempt to establish common factors amongst different traditions, with the goal of producing a superior gnosis or level of wisdom than that which would have been obtained by the study of a single religion. This is remarkably similar to the mode of study used in comparative mythology and the study of the history of religions. In this sense, the term Primordial Tradition is utilized to describe a system of spiritual thought and metaphysical truths that overarches all the other religions and esoteric traditions of humanity.

The concept of the Primordial Tradition was well received by both practitioners and the academic community, and its development was actively endorsed by the International Conference of Religions in Chicago, 1893. Outside of the academic community, the idea of the Primordial Tradition received an even better reception, and was advocated by the Traditionalist school – notably Rene Guénon, Julius Evola, and Alain Daniélou. Other figures/works of note to the Primordial Tradition are: Mircea Eliade, Ananda Coomaraswamy, Carl Kerenyi, Emil Cioran, Georges Dumezil, Huston Smith, Heinrich Zimmer, Gottfried Leibniz, Aldous Huxley, Frithjof Schuon, Plato, Nicolás Gómez Dávila, Ananda Coomaraswamy – also the Vedas, Sagas, Greek and Roman Epics, mythology, folklore, and the manifestations of the ideas of traditions in the works of such authors as Friedrich Nietzsche and Karl Jung. As such it portrays an underlying universal principle in the application of religion and holds that there are common precepts that exist in the substrata of all religions. These universal truths are then reshaped by cultural and historical events to take their own distinct life and vitality. The term perennial philosophy has also been employed as a translation of the Hindu concept of Sanatana Dharma or the Eternal Tradition. – From http://www.numenbooks.com.au/

How does this compare to quantum physics, specifically quantum entanglement?

In 1982 a remarkable event took place. At the University of Paris a research team led by physicist Alain Aspect performed what may turn out to be one of the most important experiments of the 20th century. You did not hear about it on the evening news. In fact, unless you are in the habit of reading scientific journals you probably have never even heard Aspect’s name, though there are some who believe his discovery may change the face of science.

Aspect and his team discovered that under certain circumstances subatomic particles such as electrons are able to instantaneously communicate with each other regardless of the distance separating them. It doesn’t matter whether they are 10 feet or 10 billion miles apart.

Somehow each particle always seems to know what the other is doing. The problem with this feat is that it violates Einstein’s long-held tenet that no communication can travel faster than the speed of light. Since traveling faster than the speed of light is tantamount to breaking the time barrier, this daunting prospect has caused some physicists to try to come up with elaborate ways to explain away Aspect’s findings. But it has inspired others to offer even more radical explanations. – http://www.earthportals.com/hologram.html

Entanglement violates the idea that linear space/time causality exists. Two particles, not connected, reflect each others’ states. This suggests the monistic doctrine that an order exists “prior” to the physical state, and that it determines the mathematical distribution of values in that physical state.

In other words, the type of thinking behind astrology, religion, numerology and occultism may be real. If physicality is the effect, and not the cause, of the mathematical distribution and order we find in nature, quantum entanglement makes perfect sense. These unrelated particles relate in some way more important than linear physical proximity.

With science, nothing is assumed to be “wrong” until we have found an alternate and thorough explanation. Many scientists forget this, which is why our science seems to be re-discovering ancient truths. In addition, this opens up a world for us where possibilities exist beyond the relatively sedate material options.