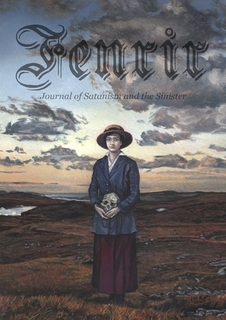 The Order of Nine Angles is a subversive, sinister, esoteric association comprising Sinister Tribes, Dreccs, Traditional Nexions, Sinister-Empaths, individual Sorcerers (male and female), and Balobians. By subversive is meant disruptive of and opposed to the existing order (society, governments, and their so-called “law and Order”) and desirous of overthrowing and replacing the existing order. By sinister is meant a-moral and of The Left Hand Path. By esoteric is meant secretive, and Occult (that is, pertaining to The Dark Arts).

In general, many of those associated with the ONA hide their identity (by which mundanes and mundane governments know and describe and classify them) for practical reasons, given the subversive and sinister nature of the ONA. Some may also hide their association with the ONA, for the same reason. Pseudonyms and aliases, and new, alternative, identities, are positively encouraged by the ONA. By association is meant a collective – a collection of individuals and groups who share similar interests, aims and life-styles, and who co-operate together for their mutual benefit and in pursuit of similar goals.