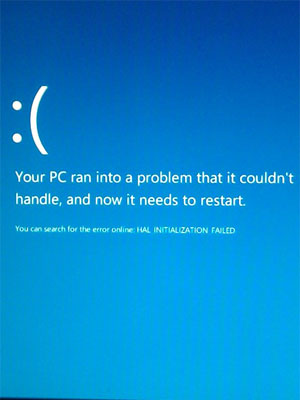 So I tried installing windows 8 in vmware.

The first time I got to the windows logo, then a black screen with a mouse cursor and it would not go further. I deleted the VM ware image and started over, this time getting about half way into the install before I got a blue screen with a sad face on it saying that it ran into a problem and had to reboot.

Upon reboot it would get to the windows logo and then a message box would pop up saying that there was an error and it needed a reboot and I could never get past there.

So far it looks promising.