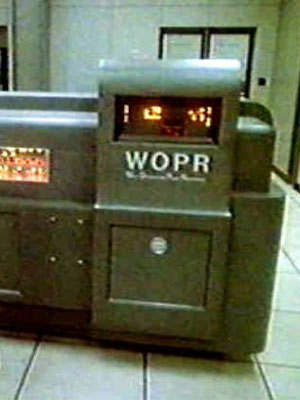 The Linux community is abuzz with lamentations about why it has failed to penetrate the desktop market.

A historical shift has occurred. The prices of computers have fallen, which means that the price of the operating system is no longer an impediment. As a result, many Linux devs have moved over to using OS X machines and most of the consumer world has moved to Windows 7, which fixes the problems of prior versions of Windows and may be the most popular version ever.

As a result, the battle is over. Linux remains with the geeks, and the desktop goes to Microsoft and Apple.

Miguel de Icaza illustrates this with a simple example:

The hard disk that hosted my /home directory on my Linux machine failed so I had to replace it with a new one. Since this machine lives under my desk, I had to unplug all the cables, get it out, swap the hard drives and plug everything back again.

Pretty standard stuff. Plug AC, plug keyboard, plug mouse but when I got to the speakers cable, I just skipped it.

Why bother setting up the audio?

It will likely break again and will force me to go on a hunting expedition to find out more than I ever wanted to know about the new audio system and the drivers technology we are using. – “What Killed the Linux Desktop,” by Miguel de Icaza

Imagine that you’ve got a project due on Monday, and you’re installing Linux on a Friday, and something goes wrong with the audio drivers. Do you have 48 hours to screw around with a defensive community, bad documentation and a constantly-changing target?

The geek will rise to the challenge, get excited by the new audio subsystem that has better time-sequenced performance than the Windows option, and spend the next 48 hours researching and fiddling and having a good time. The project won’t get done.

On the other hand, whipping out the Windows 7 DVD, entering a few registration numbers and hitting GO takes about 30 minutes, and the audio works out of the box on any of several thousand configurations. Then the project can get done by Monday, the job saved, the family happy.

The Linux community is oblivious to anyone but the geeks. As de Icaza puts it later in his post:

When faced with “this does not work”, the community response was usually “you are doing it wrong”.

Linux failed on the desktop because it offered the antithesis of “it just works,” despite the efforts of Ubuntu and live-boot CDs.

Following up on that post, Christian Schaller weighed in with a list of reasons that Linux hadn’t gotten anywhere. Here are the most relevant:

– “The challenges of desktop Linux,” by Christian Schaller

He tells you the how, but not the why.

Here’s the why: Linux was a volunteer effort isolated in geek culture.

Linux lacked direction because it was based on what developers wanted to do, not what users needed.

When a boring or hard task came up, like documentation or making the system internally consistent, or even fixing uninspiring parts of the OS, the developers evaporated.

When the user asked for help, even when the problem was an error in the software itself, the Linux development community turned around and blamed the user.

Most online communities are this way. The developers see themselves as Christ-like figures who are slaying the dragon of inoperable software, and everyone else is “little people” whose concerns don’t count. Except that they then expect the little people to adopt their software and praise them for making it.

Similar concerns were brought up with the FreeBSD community, another volunteer group, a year or so ago:

Here’s the first five responses from the community:

It’s not surprising that Windows and OS X won out over this kind of attitude. Try explaining to your boss, customers or family how you didn’t get the job done because you spent all weekend fixing the audio drivers or the update software only to find out that it was a problem in the free software.

As far as the future of Linux, as several articles pointed out, Linux has found its niche and is unlikely to break from it:

Even if you don’t have a single open source application installed on your laptop, if you use the web you’re probably being served by several open source technologies, including web servers like Apache and Nginx and programming languages and frameworks like PHP and Ruby on Rails all running on an open source operating system. – “How Apple Killed the Linux Desktop and Why That Doesn’t Matter,” by Klint Finley

Linux has, like the geek that it is, filed itself in the server room away from the customers, where it can giggle and snort and not be seen. Here the requirements are fewer and are purely technical, so the geek culture can agree on them, not to mention the many paid contributors from third party vendors who contribute.

BSD faces similar problems with similar causes. They depend on a wave of geeks who don’t mind spending hours fixing trivial problems, because that’s what they enjoy doing.

The future however is going to belong to those who make things just work, so that people can get on to doing what they need to do. The era of the geek is over. The death of Linux on the desktop is also the death of geek culture.

Windows 7 and OS X show us that the future belongs to those who do not fixate on the machine and its operating system itself, but its possible uses. Out of the basement and into the light.