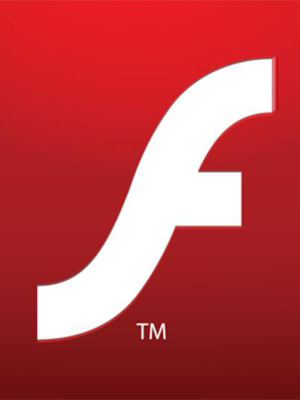 As documented on /., six months ago I de-installed the Adobe FlashTM player on all my browsers.

This provoked some shock and incredulity from others. After all, Flash has been an essential content interpreter for over a decade. It filled the gap between an underdeveloped JavaScript and the need for media content like animation, video and so on.

It also fit a nice political niche. It allowed browser manufacturers to avoid the complexities of developing their own standards while fighting the browser wars. It gave the HTML5 committee (and their many interpretations among developers) time to come to maturity.

But along the way, it also went bad. Most crashes and security holes come through Flash, if you’re using a non-IE browser (if you’re using IE, expect the four-line highway that is ActiveX to help you find the security compromises you apparently crave).

Furthermore, Flash is based on technology that was unstable from the beginning. It began its life as a combination between animation software and Macromedia Director, which was already known for its instability. Since then, features have been added, piling complexity and mystery code into an already bloated runtime.

Six months after dropping the bar on Adobe Flash, I have to report a mixed bag of results — but no regrets. That is, I am blocked from some content and a few websites, but these are generally things I can work around. On the other hand, I’ve had near-zero browser crashes and absolutely zero security incidents.

Things I miss: most YouTube videos are Flash-based (although often if you find them embedded on a page, YouTube will provide an HTML5 version on the fly). HTML5 playback in addition is smoother than FLV videos ever were. There are fewer glitches, slowdowns, jitters and so forth.

Every now and then I encounter a website which requires Flash to proceed. Almost all of these are entertainment-based, and about half provide an HTML version of the site for us non-conformists. I have not missed anything vital, although I’ve missed a few internet memes. C’est la vie.

The most amazing thing is that I love my browsers again. I use FireFox, Opera, Chrome and IE simultaneously to get a view of my sites in different operating environments. I’m fond of FireFox and Opera, although Chrome is too “overly obsessive girlfriend” (OAG) for my tastes.

With Flash, I was experiencing 3-6 really big blowups per week across the browsers. I’d have just enough windows open to be pushing my luck, then click one more thing and whammo, the whole thing would shut down. FireFox has great crash recovery so it wasn’t usually a problem, but a few times, I lost everything I had open.

Since that time, I’ve had none. I seem to recall one browser crash during the last six months, and that may have been aided by simply excessive JavaScript load. Since I started keeping track of crashes out of curiosity, I’ve logged none, and my usage has not been less but perhaps more intense than usual.

It’s great to trust a browser again. I miss out on some videos and joke sites, but in exchange, I don’t have to have my nerves constantly on edge waiting for the next digital mushroom cloud. On the whole, I’m glad to be Flash-less and will never go back.

My hope is that as HTML5 evolves and FireFox moves to include H.264 video support again, fewer people will need the outdated and unstable entity that is Adobe Flash.

Although this sounds like a jihad against Adobe, it isn’t. I use and enjoy their other products. While I have doubts about their habit of seemingly outsourcing vital older technologies to bloated B-teams, many of their products are top-notch.

However, I think it’s time for me — and the web — to move on. Adobe Flash belongs in a niche created by the late 1990s browser wars, and now that these are mostly over, it’s time for Flash to go away. Try it. Your peace of mind and desktop stability will thank me.